The Black Church in Contemporary Politics

Churches (and other religious institutions) play a very special role in American life. Compared to people in other countries, Americans are more likely to be affiliated with a church, to attend services, and to participate in educational, charitable, or social activities organized by their churches.[1] By providing “an important incubator for civic skills, civic norms, community interests, and civic recruitment” churches also help to build up the civic skills and attitudes church members need to become active in politics.[2]

The Black church has a unique importance in the American political system. Any candidate – Democratic or Republican – running for local, state, or national office, who wants the support of the black community must don their “Sunday’s best,” and go to church.[3] The reason, as Political Scientist, Melissa V. Harris-Lacewell, so aptly puts it, “Black churches are a site of organized, committed, well-networked, partisan faithful who can be influenced and mobilized by adept candidates.”[4]

The Black church is one of the oldest and most resilient institutions in the Black community. And because the church is traditionally an institution owned and ran by Black people, it has had a measure of independence which has allowed it to be at the forefront of the Black community’s on-going struggle against white supremacy. Religious scholar, C. Eric Lincoln, puts it this way:

Beyond its purely religious function, as critical as that function has been, the Black church in its historical role as lyceum, conservatory, forum, social service center, political academy, and financial institution, has been and is for Black America the mother of our culture, the champion of our Freedom, and hallmark of our civilization.[5]

We are now in the thick of the 2008 presidential election. What role, if any, will Black churches play in this year’s presidential race? Many students of Black politics expect the church to play a major role. However, there are a number of recent organizational trends that may undermine the effectiveness of the Black church in 2008 and beyond.

The Centrality of the and Beyond

The historic centrality of the Black church is well documented. According to one of the leading scholars on the Black struggle for civil rights (I prefer to call it the Black Freedom Movement) during the 1950s and 1960s, Sociologist, Aldon Morris,

[T]he black church functioned as the institutional center of the modern civil movement. … Churches provided the movement with an organized mass bass; a leadership of clergymen largely economically independent of the larger white society and skilled in the art of managing people and resources; an institutionalized financial base through which protest was financed; and meeting places where the masses planned tactics and strategies and collectively committed themselves to the struggle.[6]

While the Black church was instrumental to the Black Freedom Movement, many churches, long before the passage of the 1965 Voting Rights Act, also mobilized the Black community for political activity. Generally speaking, when it comes to politics, there has never been a sharp delineation between the political and the sacred; “Black religious life and political life have historically commingled.”[7] At the local level, Black churches have been instrumental in the elections of Black mayors. In 1984 and 1988, Reverend Jesse Jackson run for the Democratic Party’s presidential nomination relied heavily on the organizational resources of the Black church. In addition to a rhetorical style honed during years of preaching in the pulpit of Black churches across , relied on a vast network of Black ministers and churches, Black Christian volunteers, and Black church contact lists to raise money and mobilize voters. In addition to the popularity of his policies, a reason why former president, Bill Clinton, was able to capture black electoral support was the ease with which he was able to mimic the rhetorical style of Black preachers.

Looking to the 2008 presidential election and beyond, however, how effective the Black church will be is less clear. Some scholars question the capacity of Black churches to continue to motivate their congregation for participation in politics. A reason why some doubt the ability of the church to mobilize blacks for participation is that consistent with broader trends in American society, fewer Blacks are members or attend church on a regular basis. Unfortunately, for those who do not attend church, the costs of political participation may be too high, especially for the resource poor. “Those who do not attend politicized black churches must bear the cost of deciphering and navigating the political world without this subsidy,” observes one scholar, “which means that they must gather all the information and opportunities on their own without having it provided through the church.”[8] 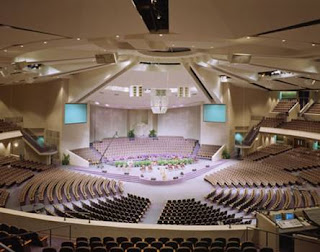 A second reason why some scholars question the continued importance of the Black church to contemporary politics is that a growing proportion of Blacks are attending nondenominational megachurches rather than the mainline black denominations that once were the backbone of the Black Freedom Movement. They question “whether black megachurches have effectively maintained the African American church’s traditional commitment to an active engagement with broad black community issues.”[9] A particular worry being voiced more and more often is the so-called “gospel of bling” – as it is derisively called – being preached from the pulpit at some (not all) large and fast-growing megachurches by prominent, influential, attractive preachers.

“I AM CONVINCED THAT THE SINGLE [emphasis in the original] threat to the historical legacy and core values of the contemporary black church tradition,” writes Theologian, Robert M. Franklin, “is posed by what is known as the ‘prosperity gospel’ movement. That movement, however, is only symptomatic of a larger mission crisis or ‘mission drift’ that has placed the black church in the posture of assimilating into a culture that is hostile to people living on the margins of society, such as people living in poverty, people living with AIDS, homosexuals, and immigrants.” According to , prosperity preaching “provides sacred sanction for personal greed, obsessive materialism, and unchecked narcissism.”[10]

Finally, some scholars also question the continued ability of the church to influence debates and/or shape public policy directly affecting the Black community in the post-civil rights era. The writers of Long March Ahead: African American Churches and Public Policy in the Post-Civil Rights America – the second of a two-volume study conducted by the faculty of Morehouse College designed to “examine the relation of African American churches to American political life in the late twentieth century” – conclude that Black churches have played a spotty role, at best, in regards to those public policies in the post-civil rights era particularly relevant to the black community, such as affirmative action, anti-apartheid activism, crime, health care, reproductive rights, urban school reform, and welfare reform policy.[11]

In spite the many challenges that it faces for continued political relevance, the central role of the Black church in American politics is probably not in serious jeopardy. Its organizational resources are too vast to be ignored. Moreover, the eventual Democratic nominee – Senator Hillary Clinton or Senator Barack Obama – will try to capture for their campaign the organizational resources of the Black church. The real question is given the trends discussed above, will the Black church be able to deliver the goods once the candidates don their Sunday’s best and come-a-calling.

[5] Lincoln, C. Eric. (April, 1989). “The black church and black self-determination” (paper presented at the annual meeting of the Association of Black Foundation Executives, Kansas City, Missouri, as quoted in Putnam, Bowling alone: The collapse and revival of American community, page 68-69.

[10] Franklin, Robert M. (January, 2007). The gospel bling: If preachers are preoccupied with pursing the life of conspicuous consumption and preaching a ‘prosperity gospel,’ then poor people are in big trouble. Sojourners Magazine, 36(1), 18-23, quotation at page 18.

Churches have the power when it comes to these factors. Thanks for sharing your insights.

The religious sector is indeed a powerful entity when it comes to various issues that affect our society. Thus, the government should always have a constant communication with church leaders.