Herbert Lee And The Continuing Struggle To Secure Voting Rights 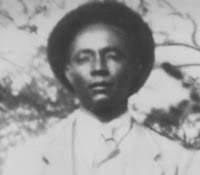 On September 25, 1961, in the small town of Liberty in Amite County, Mississippi, Black farmer, Herbert Lee, 52, was shot and killed by E. H. Hurst, a white member of the State Legislature.

At a coroner’s inquest, Hurst, testified that Lee owed him money and that when he asked about being paid, Lee had “come at him with a tire iron.” Hurst explained that the .38 he was holding “accidentally” fired a bullet into Lee’s head. “I must have pulled the trigger unconsciously,” he swore.

It is highly unlikely that Lee would have attacked Hurst. The father of nine children, Lee was a small (5 feet, 4 inches, and weighing only 150 pounds) man. As a matter of fact, two of three witnesses who testified at the inquest later admitted that they were coerced by the Sheriff and others into testifying that Lee had tried to hit Hurst (6-2 and 200 pounds) with the tire iron found under Lee’s body.

The real reason behind Lee’s murder, however, was that he had volunteered to drive Robert Moses around and had attended many voter registration classes organized by Moses. At the time, Moses was leading a voter registration campaign for the Student Nonviolent Coordinating Committee (SNCC) in the Magnolia State.

Moses’ was in Mississippi to teach Black people how to vote so that they could become first-class citizens. E. W. Steptoe, the Amite County NAACP leader, summed up the significance of the SNCC registration drive this way: “Every Negro in Amite County wants to register to vote, but they’re just afraid…. If Negroes voted, we wouldn’t have any trouble.”

Nearly four years after Lee’s murder, President Lyndon Johnson signed into law the National Voting Rights Act of 1965. The NVRA prohibits states from imposing any "voting qualification or prerequisite to voting, or standard, practice, or procedure ... to deny or abridge the right of any citizen of the United States to vote on account of race or color."

Herbert Lee did not die “for nothing.”

According to a recent report by the Pew Research Center, the electorate that turned out for the 2008 presidential election was the most racially and ethnically diverse in the history of the nation – Black (12.1 percent), Latino (7.4 percent), and Asian (2.5 percent) voters accounted for a record share of the 131 million Americans who voted in last year’s presidential election.

Nonetheless, the full potential of the votes of people of color are not being fully realized due to felon disenfranchisement laws. Nationally, 5.3 million Americans (one in forty-one adults) cannot vote – some permanently – because they have been convicted of a felony in their state. According to The Sentencing Project:

Black men have been especially hard hit by felon disenfranchisement laws. An estimated 13 percent of black men (1.4 million) are denied access to the ballot, a rate seven times the national average. If current trends in rates of incarceration continue, three in ten of the next generation of black men can expect to lose their right to vote at some point in their lifetime. Shockingly, in states that strip ex-offenders of their voting rights, as many as 40% of black men may permanently lose their right to the franchise.

And, even though most states that disenfranchise have a process for restoring voting rights, the restoration processes is so confusing and difficult that few citizens convicted of a felony effectively navigate the system.