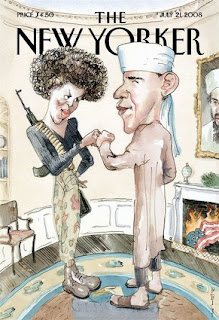 Last month, I was invited to participate on a panel discussion about the 2012 presidential election. The panel, Four More Years?: The Historical, Philosophical, and Political Implications of President Obama's Reelection, was organized by African-American Studies, and the Departments of Philosophy and Political Science at Central Connecticut State University.

As the panel started to wrap up after nearly an hour-and-a-half of spirited discussion, the moderator and chair of African American Studies, Dr. Felton Best, asked people to raise their hand if they believed that President Obama would be reelected. The vast majority of the students in the room and all of my fellow panelists, including Dr. Best, raised their hand. He then asked people to raise their hand if they believed the president would not be reelected. A very small number of students raised their hand. Looking to his right and noticing that I had not raised my hand to either question, he then queried, "well, how many people aren't sure?" I was one of only several people in the room to raise their hand.

Over the last several weeks, I've been asked by a number of people whether I think Obama will be reelected. My answer has consistently been, "I don't know." The only prediction I've made thus far is that for both the Obama and Romney camps and their supporters, "Election Day is going to be a nail-biter."

The biggest reason for my uncertainty about the outcome of the election is because I don't believe that all the non-Hispanic white voters who say they intend to vote for Obama will actually vote for the president. Political scientists have labeled my doubt, the Bradley Effect. The theory is that some voters will tell pollsters that they are undecided or intend to vote for a black candidate, while on Election Day they support the white candidate. This phenomenon is named after the former mayor of Los Angeles Tom Bradley, who lost the California governor's race even though he was significantly ahead in the polls leading up to Election Day.

A recent poll conducted by the Associated Press (AP) confirms a long-held suspicion of mine that many non-Hispanic white voters are masking their true intentions on Election Day so that they do not appear to pollsters to be biased against the president because of his race.

According to the AP poll, whether they recognize it or not, Americans are more prejudice than they were four years ago when the nation elected its first black president. The survey shows that 51 percent of Americans now express explicit anti-black attitudes, compared to 48 percent in a 2008 survey using similar questions. When measured by an implicit racial attitudes test – measuring sentiments about race without asking questions about the topic directly – the number of Americans expressing anti-black attitudes jumped from 49 percent in 2008 to 56 percent today.

The poll results show that while the negative effects of prejudice toward blacks is somewhat mitigated by the effects of some people's more favorable views toward blacks, the net impact appears to work against the president's bid for reelection. The AP writers contend:

Overall, the survey found that by virtue of racial prejudice, Obama could lose 5 percentage points off his share of the popular vote in his Nov. 6 contest against Republican challenger Mitt Romney. But Obama also stands to benefit from a 3 percentage point gain due to pro-black sentiment, researchers said. Overall, that means an estimated net loss of 2 percentage points due to anti-black attitudes.

With nearly 4 out of 10 Republicans believing Obama was born in Kenya and nearly half thinking he is a Muslim, and many Tea Party activists depicting the president at their rallies as an ape, a Nazi, or worse, it may come as no surprise that Republicans (79 percent) were far more likely to hold "explicitly" racist attitudes toward blacks than Democrats (32 percent). However, the implicit test showed that a majority of Republicans (64 percent) and Democrats (55 percent) and nearly half of political independents (49 percent) held anti-black attitudes.

According to several national polls, Mitt Romney has a slight lead over the president. Obama and Romney are running neck-to-neck in a number of battle-ground states, but the president seems to have an advantage in several key states and is projected to win in the Electoral College. President Obama's chance for reelection may depend on whether some non-Hispanic whites act on their true racial feelings or not in those states.
Posted by Bilal Dabir Sekou, Ph.D. at 4:17 PM