The Black Community and the Police: Do the Police Serve and Protect or Are they Simply Agents of Social Control? 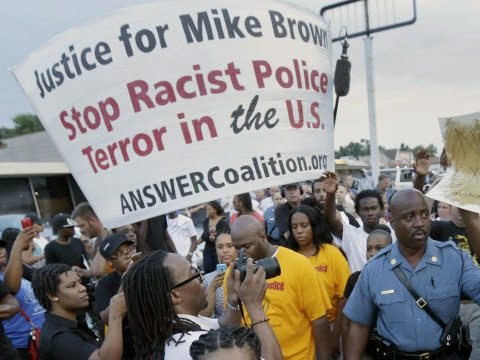 What is the original purpose of the police? The key historical role of the police was to regulate class conflict, that is, to preserve the access of elites to basic resources, protect private property, and control the labor force that's needed to provide the surplus the nation’s wealthy and well-to-do live on. Since the LAPD coined the phrase back in the 1950's, in the popular imagination, it is now to “Serve and Protect.”

Attracted by the possibility of securing good paying jobs and the opportunity to escape a harsh slavery-like farming plantation system, Jim Crow segregation, the lynch rope, and other forms of government-sanctioned violence carried out by white mobs and white police officers, many Blacks fled the South and headed to the North during what historians describe as the Great Black Migration.

When Blacks settled in Northern cities, they met intense resistance, as white increasingly worried about Blacks moving into their neighborhoods and white laborers worried about competition from Black workers for their jobs. The police transformed into a “white wall” of defense, a coercive instrument of the government, intent on enforcing the color line and maintaining white supremacy in urban communities.

Although it was not the sole reason, during the rebellious 1960s, incidents of police brutality was often a catalyst for racial insurrections, from Watts to Detroit and from Newark to Hartford.

Ferguson should not surprise any of us, then.

The role of the police has not change much since the 1960s even as many of America's once thriving urban centers have fallen into decay after decades of white flight (fueled in part by what was viewed by many whites as an invasion by black and brown people) to the suburbs and the erosion of the nation’s industrial base. Blacks and other people of color in urban America, considered economically and socially obsolete in the new economy and inherently deviant, form the majority population in what can only be described as post-industrial wastelands surrounded by more economically, socially, and politically prosperous, mostly white suburbs.

I’m haunted by the belief that no amount of training in the proper use of lethal force or racial and ethnic sensitivity training will fix a problem as endemic as police brutality.

The reason from my pessimism is that history and the present tells us that when it comes to the Black community, the police are, first and foremost, agents of social control. They do what they do because that is what they are supposed to do.
Posted by Bilal Dabir Sekou, Ph.D. at 12:32 PM