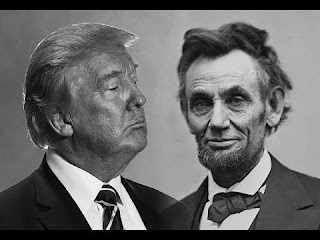 During a recent campaign rally in Colorado Springs, President Donald Trump expressed his distaste for the Academy Award winning South Korean film, ‘Parasite,’ and his love for ‘Gone With The Wind,’ the film adopted from the 1936 novel by Margaret Mitchell. Like its record-breaking predecessor, ‘Birth of Nation,’ the1939 box-office hit is a white supremacist fantasy film that perpetuates Civil War and Lost Cause myths.

Until he said to loud applause, “Can we get ‘Gone With the Wind’ back, please?,” the President had not blown a racial dog whistle that loud since he came down the escalator in Trump Tower announcing his bid for the presidency and proclaiming that most undocumented Mexican immigrants bring drugs and crime, and are rapists.

Under Trump, the national Republican Party has become the party of white identity politics, resentment, grievances, and anger with a long list of scores to settle with their enemies, real and imagined – elites, the media, third-world immigrants, people of color, multi-culturalists, globalists, the LGBTQ community, feminists, pro-choice advocates, bureaucrats in Washington, faithless secularists, liberal academics, duplicitous politicians, progressives, and the unpatriotic.

Trump is their weapon to exact revenge on them all. When he intentionally violates basic social norms and political rules, the base responds with approval. They also show a disregard for the feelings of those on the receiving end of his frequent public attacks.

For students of American politics, Trump’s rise to power does not come as a surprise. He is a consequence of decisions made by leaders of the GOP going back to the late 1960s to tap into some of the worst fears and impulses in America society, especially racism, to win and hold onto political power. Given this strategy, it should come as no surprise that most self-identified Republicans are white.

As far back as Nixon’s ‘Southern Strategy’ to win over disaffected white Southern Democrats angry about the achievements of the black civil rights movement through Ronald Reagan’s demonization of so-called welfare queens to claims made by members of the Tea Party that Barack Obama was a Muslim and was not born in America, the national Republican Party has strategically used white’s fear of cultural displacement, sense of victimhood, and racial anxieties and resentments, to achieve a desired political end.

If members of the establishment are really repulsed by their party’s leader and want to save the Republican Party, acknowledging and denouncing the role racism, xenophobia and other wedge issues have played in modern Republican national politics is a necessary step forward to rebuild a party that once stood for the political and social equality of formally enslaved people, the Party of Lincoln.
Posted by Bilal Dabir Sekou, Ph.D. at 12:00 AM