Trumpism is a Refusal to Acknowledge America's Original Sin 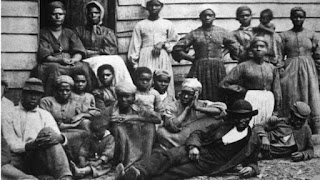 President Donald Trump’s refusal at the first presidential debate to condemn white supremacists for inciting violence and his statement that the violent hate group, Proud Boys, should “stand back and stand by” rather than “stand down” at demonstrations across the country was shocking but did not surprise me.

Unfortunately, the President’s views are those of far too many of his supporters.

The problem with many Trump voters are their stubborn refusal to accept or even fully acknowledge that the country continues to be haunted by the consequences of its original sin, the acceptance of chattel slavery by the nation’s Founding Fathers, and the refusal by many white Americans to accept the presence and humanity of black people.

Using a cultural motif known as a “pact with the devil,” during that usually hot summer in Philadelphia in 1787, the Framers offered the soul of the nation to Satan in exchange for a national unity constructed around a white Christian identity.

The economic foundation of this country was built on the forced labor of black women, men and children and the nation’s political institutions and most dysfunctional processes like the Electoral College were designed to accommodate the 25 slaveholders that summer in Philadelphia.

The country’s entire history and many of its greatest achievements can be credited to the Founder’s pact with devil. Yet, 160 years after nation fought a bloody civil war to deal with its original sin and try to outwit the devil, we remain echoing the words of Abraham Lincoln, “a house divided.”

The racial divisions that haunt this nation have widened under Trump. America’s best hope for healing depends on white Americans no longer continuing to operate as if the world they have inherited and continue to sustain is somehow uninformed or shaped by the legacy of slavery and years of de facto segregation.