No Time To Go Backwards; Segregated Schools Are Not Acceptable. 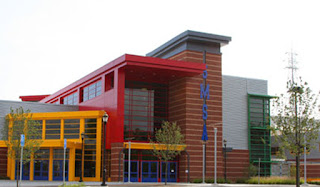 Over 63 years ago, on May 17, 1954, the U.S. Supreme Court in a 9-0 decision, issued its landmark ruling, Brown v. Board of Education of Topeka, Kansas. The Justices declared that de jure racial segregation was a violation of the Equal Protection Clause of the Fourteenth Amendment of the U.S. Constitution. The ruling overturned the High Court’s 1896 decision, Plessy v. Ferguson, which had legitimized racial segregation laws for public facilities, including public schools.

Seven years after the case was filed at Hartford Superior Court, on July 9, 1996, the Connecticut Supreme Court, in a sharply divided 4-3 decision, ruled in Sheff v. O’Neill that racial and ethnic segregation and socioeconomic isolation in the Hartford public school system “demonstrates that the state has failed to fulfill its affirmative constitutional obligation to provide all of the state’s schoolchildren with a substantially equal educational opportunity.”

Sheff, like Brown, is a landmark school desegregation decision.

After years of legal wrangling, in 2003, the plaintiffs and the defendants reached a legal agreement which has led to the creation of a network of 42 magnet schools and a voluntary busing program called Open Choice that sends Hartford students to schools in the suburbs.

The Sheff plaintiffs are back in court, however, because the state wants to further weaken the diversity standards to open up more seats in the magnet schools for students of color in Hartford, who want in but are locked out each year (6,000 Hartford children compete in a lottery for about 2,500 magnet and Open Choice seats annually).

Because the schools have failed to entice enough white families to enroll their kids in them, a magnet school is considered “integrated” if 7 out of 10 students are black or Latino. The state wants to increase that number to 8 out of 10.

Governor Dannel P. Malloy's suggestion that the plaintiffs in the landmark Sheff decision by resisting the further dilution of integration goals appears "as if we're going out of our way to deprive kids from Hartford of a good education," is a disingenuous and ahistorical argument.

Low performing schools in racially and economically segregated communities were created by white flight, decades of FHA mortgage insurance requirements that utilized redlining, the use of racially restrictive covenants to prevent people of color from purchasing homes in white neighborhoods, exclusionary zoning practices that limit the availability of affordable housing in the suburbs, and the use or threat of violence to keep black or brown families brave enough to try to cross the color line out of white communities.

The state pats itself on the back for investing roughly $3 billion in the magnet schools and voluntary busing program. Some suggest that the state has done more than enough to right a wrong.

In reality, however, you can’t put a price tag on the harmful effects of segregation? This is why going backwards is so unacceptable.

To suggest that the Sheff plaintiffs actions are depriving kids of a quality education instead of pointing at decades of official government policy that promoted residential segregation, the actions of individual white homeowners who chose rising property values over integrated neighborhoods, the racist practices of the real estate industry, banks and mortgage lenders, and the reluctance of white parents to enroll their kids in high-quality integrated magnet schools is the equivalent of the man who sets his house on fire and then blames the fire department for not getting there soon enough.
Posted by Bilal Dabir Sekou, Ph.D. at 11:06 AM